Recognizing innovators, role models, and advocates from around the globe. 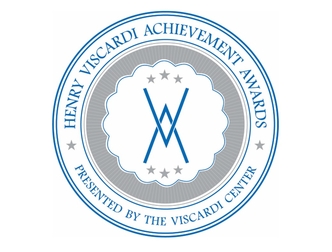 The Viscardi Center — an Albertson, NY-based non-profit organization providing a lifespan of services that educate, employ, and empower people with disabilities — has announced seven recipients of the 2021 Henry Viscardi Achievement Awards.

First bestowed in 2013, the Henry Viscardi Achievements Awards commemorate the vision and legacy of the Center’s founder, Dr. Henry Viscardi, Jr. a premier disability advocate who himself wore prosthetic legs, Dr. Viscardi served as an advisor to eight presidents, from Franklin D. Roosevelt to Jimmy Carter, and implemented groundbreaking employment and education programs for children and adults with disabilities.

The awards honor advocates, role models, and innovators in the global disability community who, like Dr. Viscardi, are shifting societal perceptions, significantly improving opportunities, and enhancing the quality of life for people with disabilities. Drawing nominations from around the world, this year’s group represents Argentina, India, Nepal, and the United States. Recipients come from a variety of distinguished backgrounds, such as entertainment, sports, technology, and non-profit.

“Including our group today, Viscardi Awards have been bestowed upon nearly 90 recipients from over 20 countries worldwide,” said Sherwood “Woody” Goldberg, Esq., co-chair of the Henry Viscardi Achievement Awards Selection Committee. “The growth of this initiative is a testament to the diverse talent and contributions of the global disability community.”

Goldberg, a retired U.S. Army Colonel and Emeritus Civilian Aide to the Secretary of the Army, co-chaired the Selection Committee alongside the late Senator Bob Dole starting in 2013. He paid special tribute to Senator Dole’s contributions during the virtual announcement program.

“A World War II veteran and dedicated public servant, Senator Dole’s incredible influence on the disability rights movement sparked change nationally and around the world,” said Goldberg. “He unified leaders who could strongly disagree on major issues—yet still agree about the need to expand opportunities for all Americans.”

Nominations for the 2022 Henry Viscardi Achievement Awards will open this spring.

Dani Bowman
Based in California, Dani is an autism advocate, artist, and entrepreneur who founded DaniMation Entertainment – an autism talent development company that produces original and contract Animation, Illustration, and Graphic Arts. Dani has premiered award-winning animated shorts at Comic-Con annually for the past eight years, and uses her industry knowledge to mentor and amplify the work of thousands of other young artists with disabilities. She was also a participant of the first cohort that completed Viscardi’s National Center for Disability Entrepreneurship pilot program.

Rebecca Cokley
Rebecca is a renowned disability rights advocate and speaker now serving as program officer in the President’s Office at the Ford Foundation and developing its first U.S. disability rights strategy. Prior to joining Ford, Rebecca was the co-founder and director of the Disability Justice Initiative at the Center for American Progress, where she established a progressive policy platform that protected rights and services for people with disabilities and their families. A three-time Presidential Appointee, Rebecca held key policy roles at the Department of Education and the Department of Health and Human Services and oversaw D&I for the Obama Administration.

Deepak KC
After growing up at SOS Children’s Village in Nepal, Deepak was driven to build better opportunities for others with disabilities. He became the first wheelchair user in his country to obtain a degree in architectural engineering and is now seen as a pioneer of universal design in his country, as well as a leading disability advocate across a range of sectors. Among his many accomplishments, he co-founded the Independent Living Center Kathmandu, which leads Nepal’s efforts for the implementation of the UN Convention on the Rights of Persons with Disabilities. Deepak is now the accessibility consultant for World Bank Group Nepal’s Earthquake Housing Reconstruction Project and serves on the National Paralympic Committee.

Lalit Kumar
Lalit is a writer, software developer, and activist who was awarded the 2018 National Award for Empowerment of Persons with Disabilities by the Vice President of India. He created his country’s first Braille Code generator and manages several popular blogs and resource websites that cover topics like assistive technology, parasports, and policy. At the start of the pandemic, Lalit used his skills and network to develop a technology-based procedure and deploy volunteers to help more than 4,000 migrant workers safely reach their homes. He is the chairperson of the Evara Foundation, a disability rights organization, and recently published a memoir, entitled Vitamin Zindagi, about his experience as a polio survivor.

Scott Michael Robertson, PhD
Dr. Robertson is a policy and accessible technology expert focused on expanding pathways to inclusion for neurodiverse youth and adults. Since 2015, Scott has lent his leadership to the U.S. Department of Labor’s Office of Disability Employment Policy as a senior policy advisor. He has advanced national practices to implement the Workforce Innovation and Opportunity Act and improve access to $10 billion workforce development services for 1.6 million young people. Prior to this role, he served as founding Vice President of the Autistic Self Advocacy Network, a Public Member of the U.S. Interagency Autism Coordinating Committee under an appointment from the U.S. Secretary of Health and Human Services, and a Joseph P. Kennedy, Jr. Fellow in the U.S. Senate Committee on Health, Education, Labor, and Pensions.

Paul W. Schroeder
Blind from birth, Paul channels his personal and professional passion for advocacy toward encouraging individuals with disabilities to claim their independence. For over three decades, he has worked to improve disability services as well as environmental and technological accessibility for individuals with disabilities, especially those with blindness or low vision. He has helped secure important improvements to vocational rehabilitation and special education programs, as well as bringing about landmark technology access through legislative efforts such as the Communications and Video Accessibility Act. Through his current responsibilities as VP of Government & Community Affairs with the American Printing House for the Blind, he ensures that individuals have the necessary tools to pursue education.

Miguel Tomasin
Now in his 28th year as the leader and drummer in the Argentine rock band Reynols, Miguel has increased the visibility of artists with disabilities and proven to be one of the most successful musicians with Down Syndrome in the world. With over 130 releases by record labels spanning five continents, Miguel and his bandmates have received national attention in Argentina, as well as internationally, including a live performance at Lincoln Center in New York City and a recent feature in the respected British music magazine The Wire. Miguel is described as the creative force behind Reynol’s unique, experimental sound.

Read more about the recipients and their accomplishments.

About The Viscardi Center
The Viscardi Center, a network of non-profit organizations based in Albertson, provides a lifespan of services that educate, employ, and empower people with disabilities. Its programs and services include Pre-K through High School education, school-to-work transition services, vocational training, career counseling and placement, entrepreneurship and workforce diversification assistance to children, adolescents, and adults with disabilities and businesses. It was founded in 1952 by Dr. Henry Viscardi, Jr. who himself wore prosthetic legs, served as disability advisor to eight U.S. Presidents, from Franklin D. Roosevelt to Jimmy Carter, and became one of the world’s leading advocates for people with disabilities.