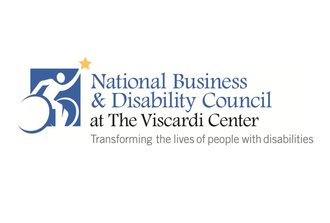 Abilities!, a network of non-profit organizations providing a lifespan of services that educate, employ and empower people with disabilities, announced it is now operating under the name The Viscardi Center. Founded in 1952 by Dr. Henry Viscardi, Jr., The Viscardi Center provides Pre-K through High School education, school-to-work transition services, vocational training, career counseling and placement and workforce diversification assistance to children, adolescents, and adults with disabilities and businesses.

“This name embodies who we are and pays tribute to Dr. Viscardi’s unique vision and the legacy he has created,” said John D. Kemp, president and CEO of The Viscardi Center, who has personal disability experience and uses four prostheses. “After I first met Dr. Viscardi at age nine, he re-affirmed for my Dad that I could live a very fulfilling life as a congenital quadruple amputee wearing prostheses; that, not only could I – but why shouldn’t I – be expected to work, be self-sufficient and productive, have a career and a family.  He was living proof, a powerful force that touched not only my life, but literally millions of people with disabilities around the world, demonstrating that we can live life to its fullest, just like everyone else.”

Dr. Henry Viscardi, Jr. who himself wore prosthetic legs, became one of the world’s leading advocates for people with disabilities and served as disability advisor to eight presidents, from Franklin D. Roosevelt to Jimmy Carter. Initially founded to show that disabled veterans from World War II and the Korean War had the skills and abilities to be successful, productive employees, it provided assembly and factory work for several industry giants and was the first U.S. business to be staffed primarily by people with disabilities. Services were expanded in the early 1960s to include vocational training and job placement for all people with disabilities. In 1962, Dr. Viscardi established an accredited, independent school giving children with severe physical disabilities the opportunity for an education in a more traditional setting – one that had not previously been available to them. His efforts helped inspire legislation such as the Individuals with Disabilities Education Act (IDEA) of 1975 and the Americans With Disabilities Act (ADA) of 1990 that protects the rights of children and adults with disabilities.

The change comes during a year when the organization is celebrating three distinct milestones. While the overall organization was founded 60 years ago, its school celebrates 50 years of educating children with disabilities and Dr. Viscardi was remembered on what would have been his 100th birthday this past May.

Selected after extensive research with key stakeholders, The Viscardi Center name differentiates it within the disability services community that is cluttered with organizational names that reference “abilities” and speaks to the Center’s overall uniqueness – a hub for leading edge approaches to education and employment and pro-active efforts that aim to shape and influence policy changes that will benefit the people it serves. The graphic icon incorporated into the new logo quickly communicates the population it serves and its continued goal to assist people with disabilities to strive for success. The accompanying tagline, “transforming the lives of people with disabilities,” captures the essence of its overall mission to empower individuals to live fully integrated, active and independent lives.

“Together, our new name, logo and tagline create a powerful identity that positions us as a true center of services – a center that focuses on the education and employment of people with disabilities,” adds Kemp. “For when you are educated and employed, that’s when you truly feel empowered.”

The Viscardi Center is comprised of Abilities, Inc., the Henry Viscardi School and the National Business & Disability Council (NBDC). A global leader, it employs more than 300 professionals, including experts in education, human resources and technology.  Learn more at viscardicenter.org.