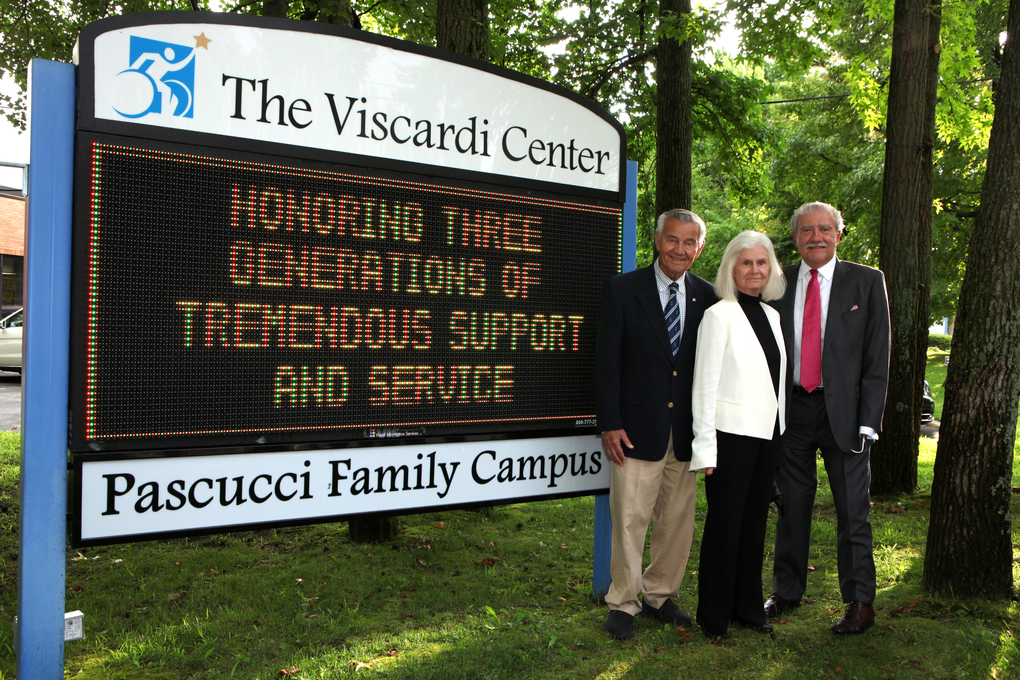 The Viscardi Center — a network of non-profit organizations providing a lifespan of services that educate, employ, and empower people with disabilities — announced on Monday that it has formally named its Albertson-based campus to honor the generosity and leadership of long-time supporters Michael and Jocelyn Pascucci and their family. The campus will now be known as “The Pascucci Family Campus of The Viscardi Center” to commemorate three-generations of commitment.

John D. Kemp, The Viscardi Center’s President and CEO, made the announcement before the Pascucci family, board members, and staff during a ribbon-cutting ceremony to celebrate the unveiling of a campus sign bearing the new name. Noting the profound difference The Viscardi Center has made on the disability community over the course of several decades, Kemp thanked the Pascucci family for tirelessly supporting the organization’s mission for more than 50 years. 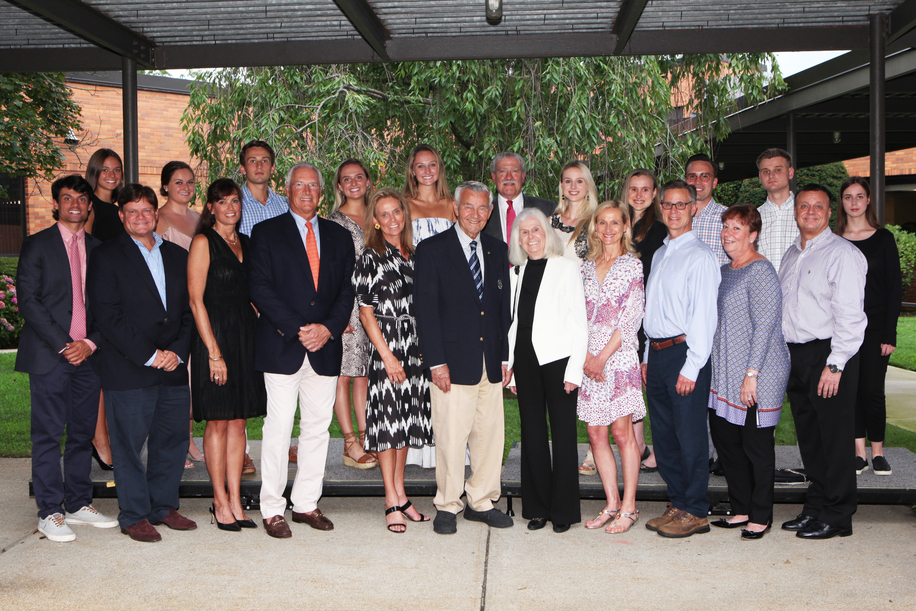 “It’s powerful to think about where this all started,” Kemp said. “Our founder, Dr. Henry Viscardi, Jr., was joined by Michael Pascucci at the very beginning. Today, The Viscardi Center is serving more people than ever before. We owe the entire Pascucci family a debt of gratitude for helping us empower thousands of children, adults, and families.”

Michael Pascucci is an accomplished entrepreneur who has founded several successful ventures throughout his career, including Oxford Resources Corp., WLNY TV 10/55, and Sebonack Golf Club. As chair of The Viscardi Center Board of Directors for 35 years, he was instrumental in developing the Center’s signature annual fundraising event, Celebrity Sports Night, and backed the addition of a high school wing at the Henry Viscardi School. 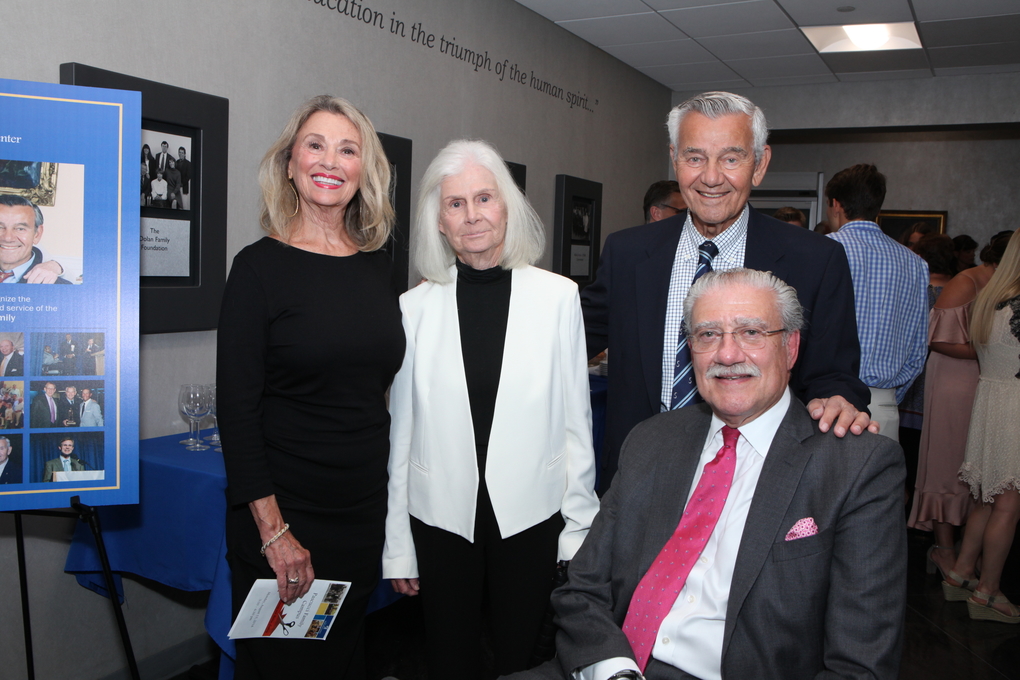 All four of Mr. and Mrs. Pascucci’s children have been closely involved at the Center: Chris Pascucci was a member and chair of both The Viscardi Center and Henry Viscardi School Boards; Michael Pascucci, Jr. and Ralph Pascucci played prominent roles in shaping hallmark activities for Celebrity Sports Night; and Dawn Barnard served as a teacher at the Henry Viscardi School.

Today, the Pascucci’s grandchildren are following in their footsteps by dedicating time and service in support of the Center. Pascucci said he hopes that having the family name memorialized on campus will motivate future generations to stay involved.

“We’re very proud to have our name connected with Viscardi,” Pascucci said. “The idea is that my children and grandchildren will have an affinity to continue on helping the Center for years to come.” 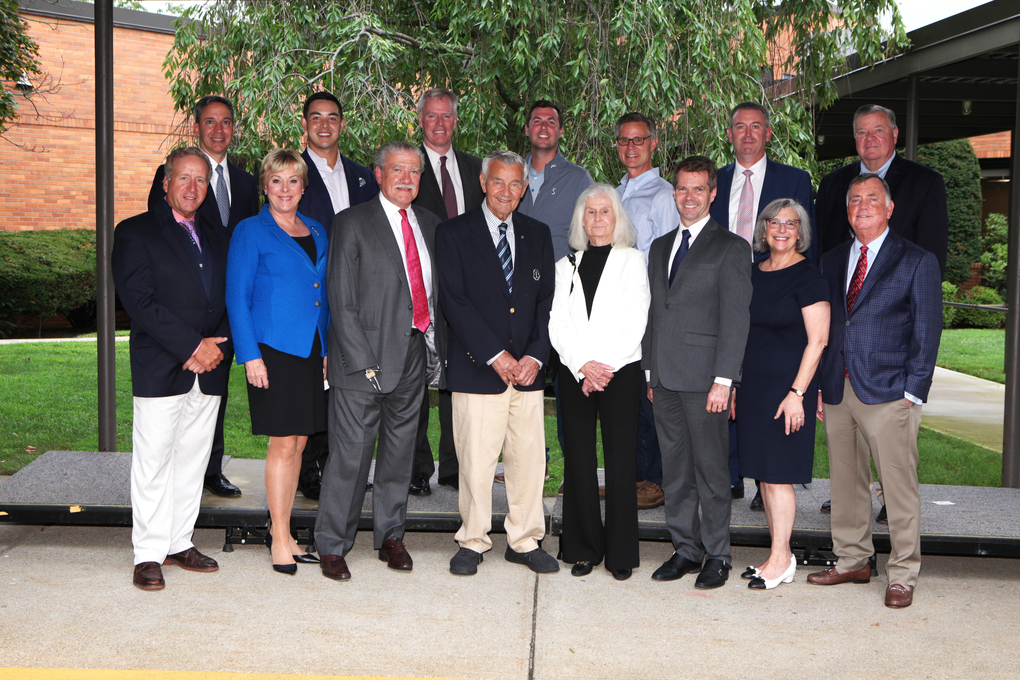 The Viscardi Center President & CEO, John D. Kemp, along with Center Board Chair Russ Cusick, Abilities, Inc. Board Chair Candida Cucharo, and several Board members and special guests recognized the contributions of Michael and Jocelyn Pascucci
at the dedication.

About The Viscardi Center
Founded by Dr. Henry Viscardi, Jr., who served as disability advisor to eight U.S. Presidents and became one of the world’s leading advocates, The Viscardi Center educates, employs and empowers people with disabilities. It provides K-12 education (up to age 21), school-to-work youth transition services, vocational training, career counseling and employment placement, assistive technology, and adapted driver education to children, adolescents, and adults with a wide variety of disabilities. The Viscardi Center also assists businesses in diversifying their workforces, and developing and advancing inclusive cultures in their workplaces.