On January 15, 2019, the Ninth Circuit Court of Appeals, the largest of the thirteen appeals courts in the U.S.1, delivered a groundbreaking decision in favor of the plaintiff in a digital accessibility lawsuit. The suit, Robles v. Domino’s Pizza LLC, alleged that the pizza chain violated the Americans with Disabilities Act (ADA) by not making its website and mobile applications accessible to users who are blind or low vision2. The case has been closely followed by disability advocates and corporations alike, and the decision may have a lasting impact on digital accessibility legal affairs as well as how companies address accessibility moving forward.

Guillermo Robles is a blind man who “accesses the internet using screen-reading software, which vocalizes visual information on websites.3” Robles alleged that in 2016, he had tried to order a pizza through Domino’s website and app on multiple occasions, and was unable to do so, due to the experiences being inaccessible.
The court’s decision is important for several reasons, but two stand out. First, given that no federal court at this level had previously delivered this kind of ruling, this case stands to set precedent for similar cases all over the country. Second, the case specifically addresses and argues against commonly used defenses in accessibility cases, which should impact similar cases in other courts moving forward.

The ADA prevents discrimination from “places of public accommodation,” which include retail stores, banks, theaters, parks, sports stadiums, etc. Although the ADA does not specifically mention websites or apps as public accommodations, given that it was written before widespread use of the internet, previous court decisions like in Gil v. Winn Dixie have affirmed that websites linked to physical locations are covered4. The decision in the Domino’s case reaffirms and strengthens that precedent on the heels of a Department of Justice (DOJ) notice in 2018 declaring that the ADA covers websites5. This stance has been widely held by accessibility advocates, but now it is affirmed by a major court ruling.

Since the Domino’s suit was filed over two years ago, the case had been dismissed in favor of the defense by a lower court, and subsequently appealed6. The defense argued that the expectation of Domino’s conforming to specific accessibility standards in the absence of specific DOJ guidelines violated their right to due process. This argument had been successfully used by many companies to have other accessibility cases dismissed. The decision from the higher court expressly rejected that argument and could have implications across hundreds of similar cases in the courts for both digital accessibility cases, and others where specific guidelines haven’t been provided by federal agencies.

The internet at its best has the power to connect people and make people’s lives easier. For people with disabilities, technology can be invaluable for quality of life improvements, but they are often excluded from those digital platforms due to poor planning and design.

The importance of the Robles v. Domino’s case cannot be overstated. In a regulatory environment that has been slowed or even reversed since the Department of Justice cancelled much-needed updates for the ADA’s language related to digital accessibility, a decision like this will shift perceptions on these cases, and provide a huge boost for accessibility interests.

As a result of the ruling, Domino’s must now spend the proper time and effort to ensure its website and apps are designed inclusively, and accessible to all users. As more digital accessibility lawsuits pop up, this case will become an incredibly powerful reference point for plaintiffs, defendants, and the courts, that will hopefully tip the scales for digital accessibility. 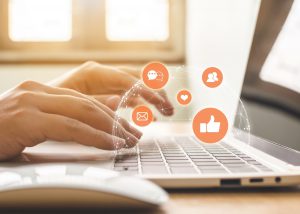 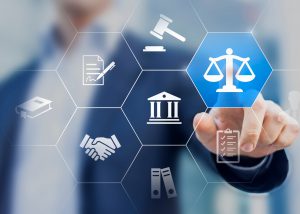