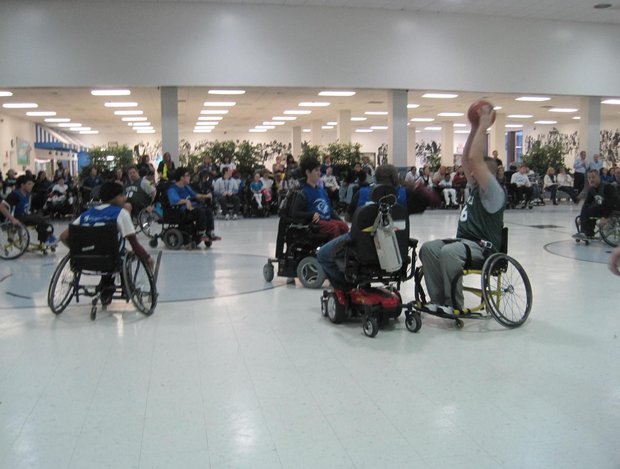 “Anyone who visits cannot help but be powerfully touched by the enthusiasm, courage and ambition of the children, young adults and adult students at The Viscardi Center.”

A team of bank executives from The First National Bank of Long Island  hit the court for a friendly, yet competitive, game of basketball against the Henry Viscardi School Cougars. The game against the Hoopsters was a “warm up” for the Cougars who were preparing for the Sportmanship Wheelchair Basketball Tournament held annually at the School.

Read an often hilarious account of the game written through the eyes of one of the Hoopster players.