Hitting a home run in the business arena. 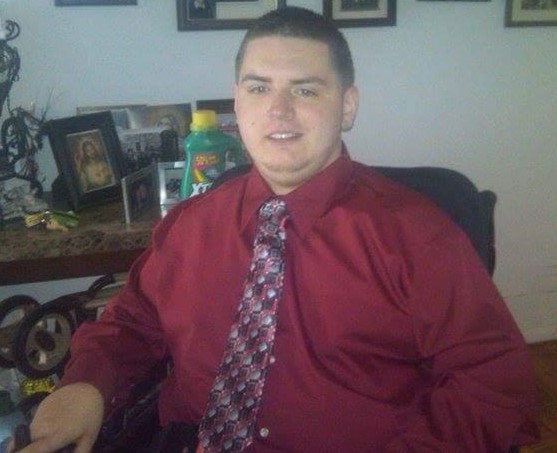 “Shoot for the stars, land on the moon. The only disability in my eyes is a bad attitude.”

Although Shane has been quite busy since he graduated from the Henry Viscardi School at The Viscardi Center in 2009, he made time to reconnect with old classmates at Viscardi’s multigenerational alumni reunion last November. That evening, which drew in hundreds from around the country, energized him to stay involved in the alumni community and look back on some experiences that shaped his life.

Reflecting on his school days, Shane says Viscardi gave him the confidence to aim high and accomplish whatever goals he set for himself. He even adopted a motto that he still lives by: “Shoot for the stars, land on the moon. The only disability in my eyes is a bad attitude.”

Shane, who served as editor of the Cougar Chronicle and captain of the Varsity Cougars wheelchair basketball team, was known among classmates as a leader who wasn’t afraid to advocate for his needs. A major achievement for him was when he contacted the Board of Education and successfully negotiated accessible transportation to the Saturday basketball tournaments so that he and his peers across the New York metropolitan area could participate.

Like the tournaments, most of Shane’s favorite memories revolve around extracurricular activities and events that gave him the opportunity to have fun with friends outside of class and focus on his passion — sports. He vividly recalls the excitement of playing adaptive sports during Friday Night Rec and taking part in the program at Viscardi’s annual Celebrity Sports Night fundraiser alongside famous professional athletes.

Shane’s love of sports later translated into a meaningful career. He entered the workforce with a dream job as a seasonal Legends Customer Service Ambassador for the New York Yankees. Once the season ended in 2015, he worked his way up from cashier to manager at Toys “R” Us, then landed himself a position as manager at Dick’s Sporting Goods.

He says the most rewarding aspect of the job is helping customers learn more about equipment and feel excited about their own unique abilities. His commitment recently paid off, as he was one of few managers selected nationwide to be nominated as the 2019 Manager of the Year.

Now in 2020, Shane’s nothing but optimistic about his future. Approved for a service dog and in the process of acquiring his first apartment, he hopes to mentor fellow alumni striving for greater independence.
When it comes to his ambitions this year, Shane continues to “shoot for the stars.” His goals? “Be happy, healthy, and wealthy.”