Henry Viscardi School Graduate Headed to College to Pursue His Dream of Becoming an Attorney. 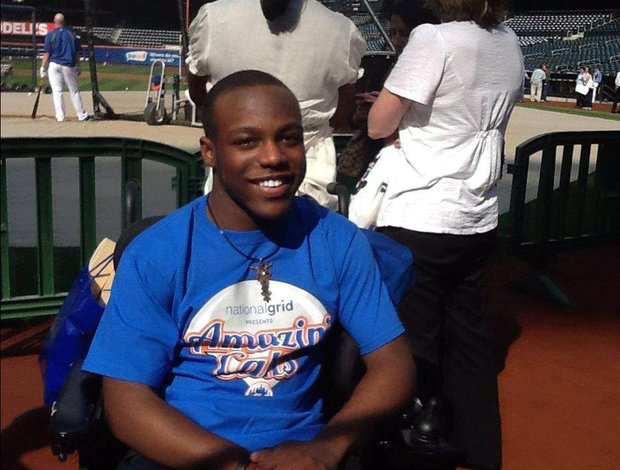 “All a disability means is that you may have to work harder to accomplish what you want to get done.”

Since he was a young boy, Richard has been outgoing, goal oriented and a natural leader. A student at  Henry Viscardi School at The Viscardi Center for the past 12 years, Richard recently graduated at the top of his class and has set his sights on becoming a civil law attorney so he can help others with disabilities.

Richard’s senior year at Henry Viscardi School was filled with rigorous academics and the usual senior activities – a prom, class trip, and commencement exercises. It even included an Amazin’ Call from New York Met, Daniel Murphy, who invited him to a game and on-field, pre-game festivities.  Richard will be starting a whole new chapter of his life when he attends Adelphi University in the fall. The University recognized his academic merit, leadership qualities and community service by awarding him a substantial scholarship. In fact, his academic performance made him a well sought-after college freshman. He was accepted into every higher education institution he applied to.

In addition to being an excellent role model for the elementary and high school students at Henry Viscardi School, Richard has been mentoring young, first-time campers at the Southampton Fresh Air Home, a summer camp for physically challenged children ages 7 to 18, for the past several years.

One of three triplet boys, with an older brother too, Richard will be dorming at Adelphi and looks forward to living on his own. “It’s a big step but I am looking to become more independent,” he explained along with how he felt the teachers and staff at Henry Viscardi School had prepared him for this new experience, which included overnights at The Viscardi Center’s Independent Living House where he learned everyday life skills like planning meals, cooking and cleaning.

He also plans to actively participate in college campus activities and clubs, including the student government where he thinks he can lend a voice to issues facing fellow classmates with disabilities.

Richard credits Henry Viscardi School with encouraging him to set the bar high and dreaming big. His words of wisdom for children and adults with disabilities, “Even though you have a disability it doesn’t mean you should give up….all a disability means is that you may have to work harder to accomplish what you want to get done. It may be difficult sometimes, but you never should give up.”

Read about the honored guest who delivered  the commencement speech to the Henry Viscardi School Class of 2013.