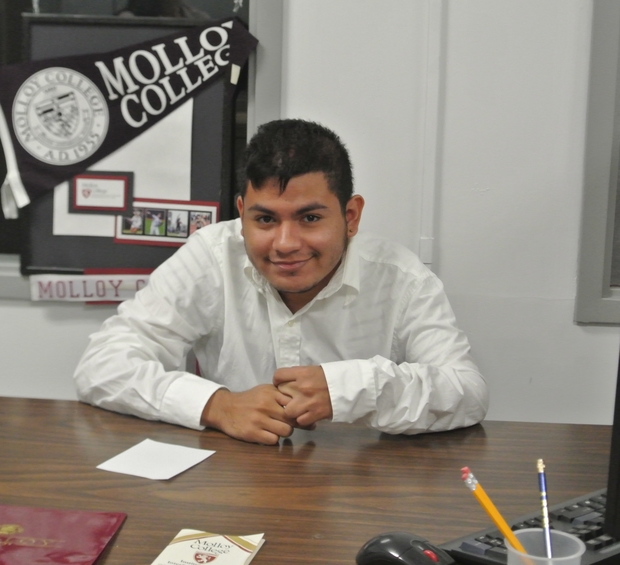 “When I first met Miguel, he lacked the self-confidence to advocate for himself. Now, he has no qualms about communicating his needs.”

June is a month of endings and beginnings. It marks the close of the school year, the start of summer — and, for Miguel, the final step into adulthood.

Miguel, a student at Viscardi’s Youth Transition Services, is on track to graduate this summer. Leaving the program and entering the workforce will bring new experiences, but according to Assistant Program Manager Deborah Brave, Miguel won’t be navigating unfamiliar territory.

“When I first met Miguel, he lacked the self-confidence to advocate for himself. Now, he has no qualms about communicating his needs,” says Brave, remarking on how she watched Miguel develop from a struggling teenager in the Freeport School District into a twenty-one-year-old with concrete goals for the future. “He flourished in the program, learning important financial, writing, and social skills over the course of seven years that will help him succeed in a job.”

Youth Transition Services readies young people with disabilities for independent living through career development and community integration via work-based learning. By rotating through a variety of worksites, Miguel tested out and adapted to different employment settings before landing a paid internship at The Home Depot — a role he hopes will become permanent after graduation. He has already prepared his résumé for submission.

While June isn’t far off, Miguel has plenty to do in the meantime. When he’s not practicing for interviews, he assists staff by training fellow students at worksites as a junior job coach and immerses himself in volunteer initiatives, like collecting donated business attire for veterans returning to work.

Another priority for Miguel, who was nominated class president for a second consecutive year, is to be crowned Prom King at the program’s annual spring formal. Brave says winning the title would be a much-deserved conclusion to a successful student career.

“Miguel has become a leader. He’s still getting used to the idea of moving on, but he’s ready.”