On course to enhancing employment opportunities for people with disabilities. 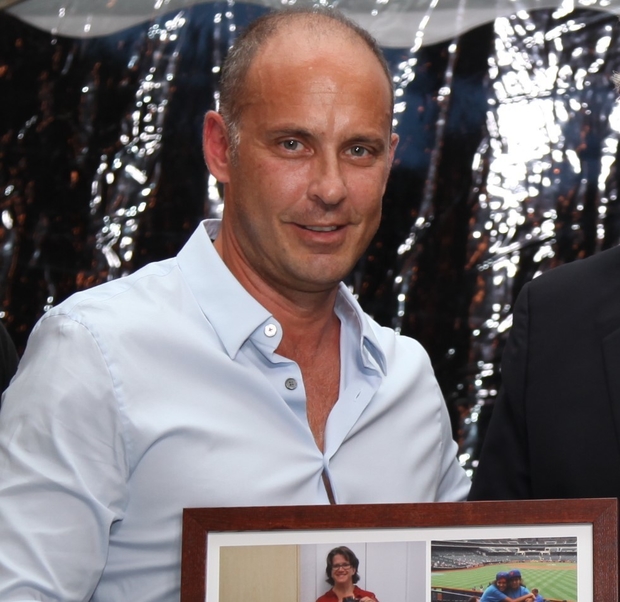 “It feels good to be able to give back and know exactly who you’re helping.”

When September rolls around, two things can be expected at Viscardi: its annual Golf Outing will once again be held in benefit of employment and youth transition programs and services for people with disabilities, and Joseph N. Savasta will once again hit the greens in support of the cause.

For over four years, Savasta — President and CEO of J.N. Savasta Corp. and CEO of Broadreach Medical Resources, Inc. — has been a leading backer of the fall fundraiser, which enhances vital vocational training, job placement, and school-to-work services for thousands of adolescents and adults with visible and non-visible disabilities annually. He was named the Golf Honoree in 2015, and through his two businesses, is the presenting sponsor at this year’s event.

A passion for bettering the lives of young people with disabilities urged him to get in the game, but something clicked for Savasta after meeting the children and adults directly affected by his generosity.

“Touring The Viscardi Center and the Henry Viscardi School was very eye opening for me. The work that’s being done there needs to be seen,” he said. “Since then, I not so slowly chose to become more involved.”

In what he describes as a “whirlwind,” Savasta dedicated himself to one of the Center’s board of directors in early 2017, where he plays an instrumental role in shaping future initiatives. He additionally champions two other Viscardi fundraisers— Celebrity Sports Night and the Whiskey Flight.

Savasta now aims to encourage other community members to visit the campus. Because when it comes to philanthropy, Savasta says seeing is believing.

“You have to care about whatever it is you’re doing. It feels good to be able to give back and know exactly who you’re helping and how you’re making a difference. As a supporter, that’s what makes you want to stick around.”

The Golf Outing, presented by J.N. Savasta Corp./Broadreach Medical Resources, Inc., teed off at Glen Head Country Club on September 18. The day featured a round of golf, a cocktail reception and elaborate dinner buffet, on-course contests and enhancements, and a silent auction.