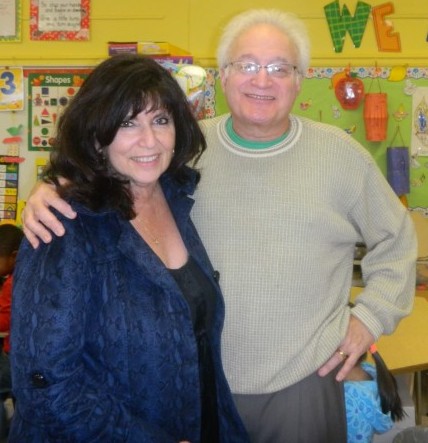 “We don’t need anything else, and so we give back.”

John Kornreich has a knack for recognizing overlooked opportunities that can make measurable differences for those who need it most. He doesn’t just fund new initiatives; he helps realize them. And as a tireless ally of The Viscardi Center for over twenty years, the proof of his generosity and expertise can be traced down each wing of our facility.

“Janet and I realized many years ago that our own needs had been met,” explained John, who, through the John and Janet Kornreich Charitable Foundation that he manages with his wife, makes long-term commitments to Long Island non-profits with clear-cut needs, definitive missions, and strong leadership. “We don’t need anything else, and so we give back.”

John sees the value in technology, as he believes it can level the playing field for children and adults with disabilities. That’s why he started up the Nathaniel H. Kornreich Technology Center in 1996, and more recently, backed the renovation of the Viscardi Multimedia Learning Center — now a sophisticated conference area and studio that is used by employees and students for distance learning, on-site media production, and conferences.

The focus on technology continues in 2017. His most recent gift facilitates a state-of-the-art security system upgrade to ensure the safety of our students and teachers. And soon, he will champion a project to convert an underused playground at the Henry Viscardi School into a thriving outdoor classroom so K-1 children can experience a unique learning environment in nature—an idea that John proposed after sitting in on a Kindergarten class.

“I’d like the Center to feel that when it needs to expand its capabilities, that there’s someone there,” he said.

When it comes to philanthropy in the future, John says he and his wife will continue to stand by a simple philosophy: “To those whom much is given, much is expected.”