Meet the man who had a sudden, lasting impact on The Viscardi Center. 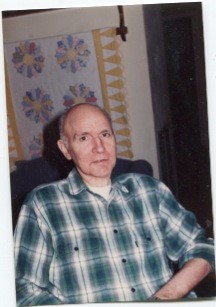 An avid baseball player and photography enthusiast, Mr. Blesh developed polio in middle school. While the limp paralysis led to the use of a wheelchair, he completed his secondary education and went on to attend Hofstra University. He later earned a degree at St. John’s University.

Through his work as an engineer at General Electric (GE), Mr. Blesh’s father learned of the work of our founder, Dr. Henry Viscardi, Jr., and hoped he would serve as a mentor for his son. Dr. Viscardi, and those working at the Center on projects for GE and other leading companies, were living proof that, when given the right tools, people of all abilities could be productive, successful employees and contributors to our communities.

After moving to Florida, Mr. Blesh landed a job at a power company where he worked for 25 years in data processing. His bequest continues Dr. Viscardi’s mission to educate, employ and empower children and adults with disabilities so that they, too, can lead meaningful lives like he did.