A donation from these long-time supporters provided three Viscardi students with learning opportunities for themselves—and their peers. 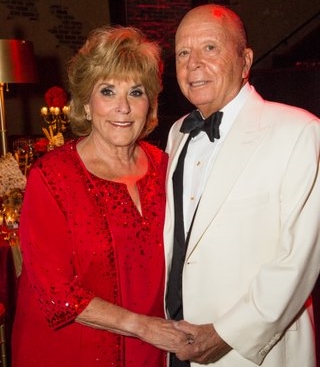 For some middle and high schoolers, summer break means closing the books and kicking back. But that wasn’t the case for Destini, Alexa, and Dylan, three ambitious students from the Henry Viscardi School at The Viscardi Center. Thanks to a generous donation by long-time Viscardi supporters Iris and Saul Katz, they were instead cultivating their professional interests in business, law, and politics at youth leadership conferences around the country.

The programs afforded each student the opportunity to learn new skills, tour college campuses, live independently, and hang out with others their age—simple things we often take for granted, but aren’t always possible for children with severe physical disabilities.

The three also acted as ambassadors for the Henry Viscardi School and the disability community at large by promoting acceptance among their able-bodied peers.

Dylan’s mom, Debbie, says the program was the highlight of her son’s vacation. Destini, who dreams of opening her own clothing boutique in the future, feels the same. “I was really nervous at first because I was the only person in the program who used a wheelchair, but I felt like I belonged right away,” she said.

Honor student Alexa says her time at a national youth forum assuaged her concerns about dorm life. “It made me rethink my views about college and what I’m capable of doing,” she said. “I know for sure that I want to live away from home after high school.”

Due to the Katz family’s continued support, Destini and Alexa will have another experience to add to their résumés when they attend the Presidential Inauguration Leadership Summit in Washington, D.C. in January 2017.

Learn more about ways to support The Viscardi Center.