This former Viscardi employee couldn’t find work during the 1950s — until Dr. Henry Viscardi, Jr. gave him an offer that changed his life. 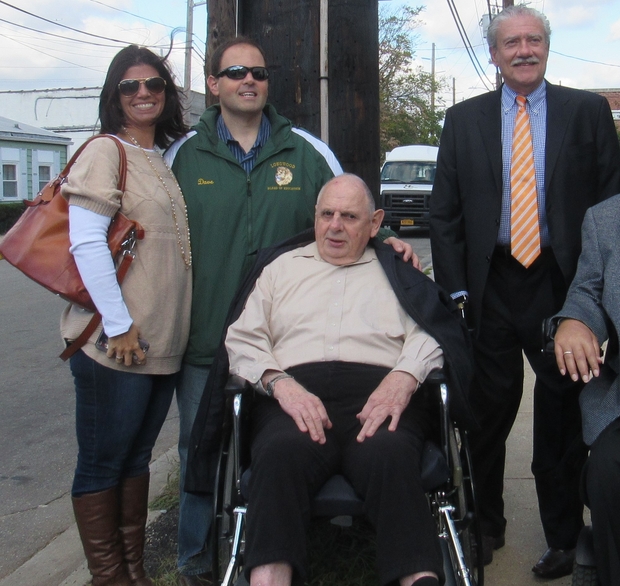 “Dr. Viscardi was the only person who was willing to give me a chance back then.”

When the Town of Hempstead unveiled a historical marker at the original site of Abilities, Inc. — the earliest incarnation of what is now a part of The Viscardi Center — it was a moving moment for all in attendance. But it was especially meaningful for Frank Pfister, one of the first people employed at the site when it opened its doors sixty-five years ago.

Frank began using a wheelchair after contracting polio at a young age, and like many with a disability during the 1950s, struggled to land steady work. It wasn’t until Dr. Henry Viscardi, Jr. offered him a position in the shipping and receiving department within a modest garage in West Hempstead that his life took turn for the better.

“Dr. Viscardi was the only person who was willing to give me a chance back then,” explained Frank. “He changed everything for me.”

Founded by Dr. Viscardi in 1952, the organization provided groundbreaking employment opportunities for wounded war veterans and people with disabilities, subcontracting manufacturing projects for Grumman Aircraft, General Electric, IBM, and the U.S. Department of Defense. Services have since expanded to include work readiness, job placement, and school-to-work transition programs.

Over the course of a four decades-long career in building operations and maintenance, Frank married a coworker, bought a home, and raised a family. Frank’s son, David, says he practically grew up at the Center’s current location — even attending the Celebrity Sports Night fundraiser each spring with his father.

“I remember Dr. Viscardi telling me about the opposition he faced when he wanted to move the business,” David said about the local backlash the organization received while relocating to today’s facility in residential Albertson. “You look at the way things are now, how accepting people are toward people like my dad, and it’s a testament to the work Dr. Viscardi did.”

For Frank, visiting that old garage meant catching up with colleagues he hadn’t seen since his retirement. David says it also meant reconnecting with a past that shaped his father’s identity.

“I couldn’t think of a better memory or experience for him to have than a visit back to a place he called home for forty-plus years.”