This graduate of Henry Viscardi School has been a valued employee of the Town of Hempstead for over 30 years. 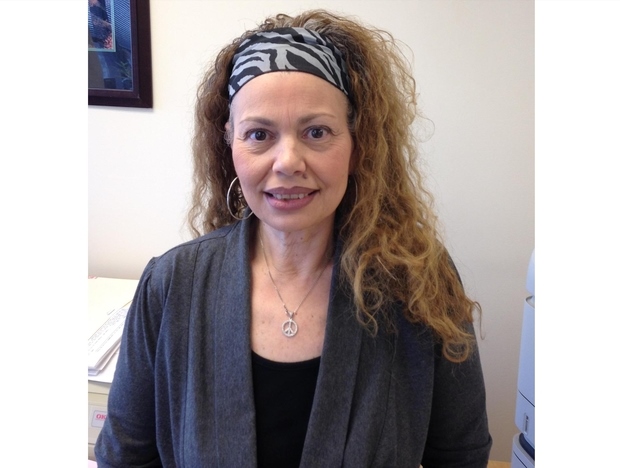 At the age of three months, Francesca contracted Polio. In 1964, Francesca and her family emigrated from Italy to the United States and settled in Queens. She was just five years old and began her education in a public school that was not accessible.

When Francesca’s family later moved to Nassau County, public school was no longer an option since her school district refused to pay for the special bus transportation she required to attend school. A neighbor told her parents about a school located in Albertson for children with disabilities.  Francesca was evaluated and accepted to what is now known as Henry Viscardi School at The Viscardi Center. She began attending Henry Viscardi School as a ninth grader and extracurricular activities such as wheelchair hockey and Friday Night Recreation became favorites. She even competed in the Tri-State Games then held at Eisenhower Park and received medals in the javelin and shot events.

After graduating from Henry Viscardi School in 1978, Francesca attended Nassau Community College and earned an Associate Degree in Secretarial Sciences. Following graduation she began her job search, only to receive constant rejection. Continuing to build her skills as she pursued employment, Francesca enrolled in a six-month job training program at the Town of Hempstead’s Department of Occupational Resources. After successfully completing the program, Francesca was hired for a permanent position as a Data Entry Clerk by the Town of Hempstead. Years of hard work paid off when Francesca was promoted to her current position, Supervisor of Management Information Systems. She is proud to be celebrating over 30 years of service with the Town of Hempstead’s Department of Occupational Resources.

Francesca has been actively involved in the Nassau County Empire State Games for the Physically Challenged Victory Challenge, as an athlete and now as its Coordinator of Volunteers. In addition, she spends her spare time fundraising for organizations focusing on people with disabilities, including The Viscardi Center. Francesca is also a proud first-time homeowner.