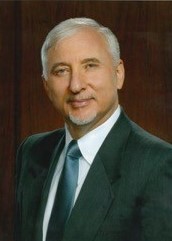 The Viscardi Center, a network of organizations which provide services that educate, employ, and empower children and adults with disabilities, announced Steven Markowitz has joined its Board of Directors. Markowitz, a resident of Great Neck, has long been active in community, religious and political affairs.

“Steven’s wealth of knowledge, particularly his government relations skills, will prove beneficial to The Viscardi Center as it continues to influence policy change on issues directly affecting the lives of the children and adults with disabilities we serve and the programs we deliver on a local and national level,” said John D. Kemp, President & CEO of The Viscardi Center.

Markowitz noted that “I have served on a number of not-for-profit, corporate, religious and political organization boards and none of those experiences compares to the meaningfulness and importance of the work of The Viscardi Center. I am deeply honored that I have been asked to participate and will do my utmost to assist the organization and the children and adults that it serves.”

Markowitz’s successful career began as an Economic Advisor and then Legislative Assistant to a prominent member of Congress and later became senior executive for government and public affairs for a Fortune 100 corporation. In 1984, he founded and for over thirty years chaired MultiState Associates, Inc. which grew to become the nation’s largest lobbying company.

Since moving to Great Neck in 1975, Markowitz has been one of the longest serving members of the Great Neck Student Aid Fund; served as a member of the Executive Board of the Gold Coast Arts Center; and was a long-time member of the Board of Zoning Appeals for the Village of Great Neck. He has served as a Trustee of Temple Israel of Great Neck for over 40 years and as its President 2001-2003. Markowitz has been a local Democratic Party leader and is President of the Great Neck Democratic Club and a Vice Chairman of the Nassau County Democratic Committee.

He served for the past eight years as Board Chair of the Holocaust Memorial and Tolerance Center of Nassau County, a renowned resource for Holocaust education and a leader in the fight against intolerance. Markowitz also has been a member of the Dean’s Advisory Board of the Hofstra College of Liberal Arts and Sciences and the Hofstra Public Policy and Public Service Programs External Advisory Council.

Founded by Dr. Henry Viscardi, Jr., who served as disability advisor to eight U.S. Presidents and became one of the world’s leading advocates, The Viscardi Center educates, employs, and empowers people with disabilities. It provides Pre-K through High School education (up to age 21), school-to-work youth transition services, vocational training, career counseling and employment placement, assistive technology, and adaptive driver education to children, adolescents and adults with a wide variety of disabilities. The Center also assists businesses in diversifying their workforces, as well as developing and advancing disability inclusive cultures in their workplaces with a local, national, and global reach.