www.viscardicenter.org > Project Accessible Oral Health > About Us > Our Executive Committee 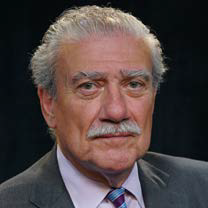 In February 2011, John D. Kemp, Esq. became only the fourth President & CEO of The Viscardi Center a non-profit organization providing a life span of services that educate, employ and empower people with disabilities. A renowned, sought-after global speaker, he is widely respected for his many achievements, both in the corporate and non-profit worlds. As a person with a disability who uses four prostheses, he inspires others to achieve the impossible through knowledge, experience, vision, personality, and persistence.

With more than 50 years of direct experience in the disability movement, Mr. Kemp has partnered with, worked for and served as Board Member/Chair or CEO of some of the leading disability and nonprofit organizations. In 1995, Mr. Kemp co-founded the American Association of People with Disabilities with Paul G. Hearne. In 2001, he became a partner in the Washington, DC Law Firm of Powers, Pyles, Sutter & Verville, P.C., where he developed an active federal legislative and lobbying practice.

In December 2014, Mr. Kemp received the Dole Leadership Prize at the Robert J. Dole Institute of Politics at the University of Kansas—the first disability leader to receive the distinction and personally selected by former U.S. Senator Robert Dole. He joined a prestigious group of international recipients including Nelson Mandela and former U.S. Presidents George H.W. Bush and William J. Clinton. As an alumnus, he received a 2017 Lifetime Achievement Award from Washburn University School of Law. He was the recipient of an Honorary Doctor of Humane Letters from the University of Connecticut, while serving as the Graduate School Commencement Speaker, on May 5, 2018.

He is also the Board Chair of Viscardi’s Project Accessible Oral Health, a global public-private partnership that brings together people with disabilities, the dental and medical communities, policymakers, industry members, educators, caregivers, and other stakeholders in pursuit of improved overall health through greater oral health awareness, education and access for the disability community.

Mr. Kemp, and his wife Sameta, reside on Long Island. 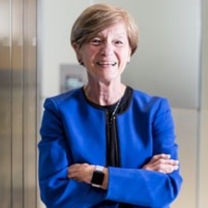 Susan Constantino was named President and CEO of Cerebral Palsy Associations of New York State (CP of NYS) in July, 2004 after serving one year as Deputy Executive Director. As President/CEO she is responsible for the programs and services operated by CP of NYS in New York City as well as the State Association, which offers its 24 Affiliates technical assistance and opportunities for training, information sharing and networking among Affiliate Executive Directors and staff. The organization works with legislative and governmental agencies to ensure that public policy has a positive impact on the lives of people with disabilities and their families. Ms. Constantino serves on many governmental task forces, councils and statewide committees representing the interests of CP of NYS, its Affiliates and the people we serve. She joined CP of NYS in 1989 as Special Assistant to the Executive Director, providing technical assistance to Affiliates in programs and funding.

Prior to joining CP of NYS, Ms. Constantino served as the Director of Children’s Services at Aspire of Western New York from 1984 to 1989. Under her direction Children’s Services expanded and improved. She was also active on many county and state committees dealing with children’s disability issues.

Ms. Constantino is regarded as a leader in her field by Affiliates as well as governmental and legislative leaders, and is known for her keen understanding of programs and services for people with disabilities and their families. She has received numerous state recognitions throughout the years and in 2008 received the outstanding service award from ACCSES. 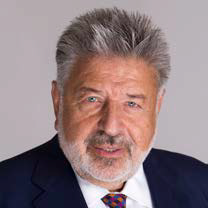 Steven William Kess, M.B.A., is widely recognized for his critical insight and ability to synthesize public and private coalitions, as well as business and public policy issues. He is both an entrepreneur and an executive. Mr. Kess is Vice President of Global Professional Relations, Office of the Chairman & CEO, for Henry Schein, Inc., a Fortune 300 global health care distribution company, where he was instrumental in developing Henry Schein Cares, its corporate social responsibility program. Mr. Kess is the founding President of the Henry Schein Cares Foundation.

In addition, Mr. Kess has served on the strategic planning group for the American Veterinary Medical Association Vision 2020 and FDI’s Vision 2020 Program Task Force for developing its strategic plan and defining the explanation of oral health. 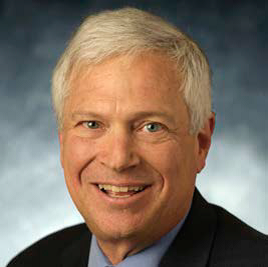 Dr. Mark S. Wolff was recently appointed Morton Amsterdam Dean at the University of Pennsylvania School of Dental Medicine and will assume the position in July 2018. As senior academic officer, he helps lead the School to develop policy, set research agenda and design community treatment programs that serve the needs of a wide variety of patient populations. Prior to joining UPenn, Dr. Wolff was Professor and Chair of the Department of Cariology and Comprehensive Care and Associate Dean for Pre-doctoral Clinical Education and Associate Dean for Development and Alumni Relations at the New York University (NYU) College of dentistry, the largest dental education institution in the United States. At NYU Dentistry, he designed, developed, and implemented an extensive curriculum in caries risk assessment and also designed dental information systems to assist dental schools in monitoring the risk of the entire dental patient population. Dr. Wolff has completed numerous international research and oral health assessment programs. He has been a lifelong advocate and dental provider for individuals with physical, intellectual, and developmental disabilities of all ages.

Dr. Wolff received his DDS degree and Ph.D. in Oral Biology and Pathology from Stony Brook University. He has served as the principal or co-principal investigator on multiple bench top and clinical research projects investigating dental caries, novel remineralizing agents, dental erosion, periodontal disease, dental materials, and dentinal hypersensitivity. He has published over 100 scientific papers, text chapters and edited multiple textbooks. Dr. Wolff lectures worldwide and is a frequent consultant to the industry. He has been the principal or co-principal investigator on nearly $1.0 million in industrial and National Institute of Health funded research. Prior to joining the NYU College of Dentistry in 2005, he served as Associate Dean at Stony Brook University School of Dental Medicine, where he helped develop and implement the first completely computerized dental record. He frequently serves as a media source for information on consumer issues and hosts an annual radio series on dental issues on satellite radio.

Under Dr. Wolff’s direction, the Department of Cariology and Comprehensive Care integrated an extensive program of caries and health risk assessments, minimal intervention dentistry, tobacco cessation, evidence-based dental education, and dental care for all patients through the life-cycle, and inter-professional education across the entire NYU College of Dentistry curriculum. 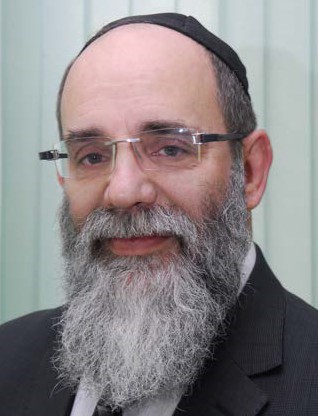 Rabbi Samuels was raised in a nonobservant Jewish home in Vancouver, Canada where he attended Sir Winston Churchill High School. Upon his graduation in 1969 he was given academic and basketball scholarships to the University of British Columbia. After his first year studying philosophy he traveled Europe with plans to undergo coursework in France. However, his mother requested that he stop in Israel to visit relatives. Enamored with Jewish culture and heritage, he cancelled the trip to France and enrolled in several Yeshivot, and in 1977 he received his rabbinical ordination.

In 1973 Rabbi Samuels married Malki Klein and the couple took up residence in Jerusalem. In 1977, their
second son, Yossi Samuels, at the time 11 months old, was injured by a faulty DPT vaccination and was rendered blind, deaf, and acutely hyperactive. After seven years with no communication, Yossi’s special education teacher, Shoshana Weinstock, achieved a breakthrough by relaying sign language into the palm of his hand, teaching Yossi his first word, “Shulchan”, meaning table.

Due to their experiences raising Yossi, Malki and Kalman established an afternoon playgroup for children with special needs. Over time, the program expanded to meet the needs of a broader spectrum of special needs, from birth through adulthood. Today, Shalva offers a constellation of therapy interventions, inclusive educational frameworks, social and recreational programs, and vocational training to hundreds of individuals with disabilities; as well as family support, respite, and global advocacy initiatives. In recognition of Shalva’s accomplishments and an ongoing need to expand the availability of special needs services, the Jerusalem Municipality provided the organization with a seven acre property adjacent to the planned Route 16 highway and the Shaarei Tzedek Medical Center in the Beit HaKerem neighborhood of Jerusalem. The new Shalva National Center is an international leader in the field of disability care, housing some of Israel’s largest and most advanced disability accessible facilities and offering unprecedented opportunities to people with disabilities in Israel. Rabbi Samuels has been the recipient of some of Israel’s most prestigious awards for service, leadership, and foundation excellence. 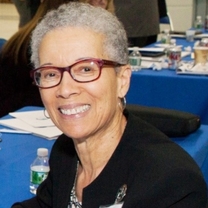 Dr. Adine Usher, Ed.D. is a specialist for students and young adults who live with the conditions of cerebral palsy and allied neuromuscular disabilities. Dr. Usher serves as a consultant/advocate to school systems and parents and lectures on the educational concerns of students with neuromuscular disabilities. She is also a member of the Board of Trustees for the Henry Viscardi School at The Viscardi Center.