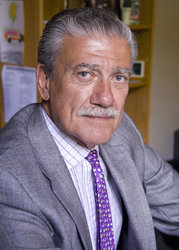 Oops! He’s done it again. In about as innocent a fashion as a young woman’s romantic actions seemed in this pop song, climbing the music charts at about the same time Donald Trump was first being covered by New York Times reporter, Serge Kovaleski, Trump mocked the journalist’s disability. You see, Trump’s words and actions are almost always not innocent. They’re calculated, purposeful and pure propaganda. In this case, his “impersonation” at a rally in South Carolina was disgusting, ignorant and unpresidential.

He wasn’t simply playing with a heart, in itself generally frowned upon, he was playing with the lives of people with disabilities. He was playing into, and further advancing, stereotypes and misconceptions about people with disabilities and their ability to be active, productive contributors to our country – working professionals, homeowners, leaders, role models, fathers, mothers and meaningful participants in the fabric of our American lives.

Belittling a respected journalist with a disability, athrogryposis, by trying to imitate the physical manifestations of his condition, is an act of bullying and dehumanization to achieve perceived superiority. While Trump tries to allege he didn’t know Mr. Kovaleski’s or his condition, Trump committed yet a second disgraceful act. His lying and mockery have offended me as another person with a disability, Mr. Kovaleski, and millions of people with disabilities and their families and friends.

Contrary to Trump’s belief, the children and adults with disabilities whom we serve at The Viscardi Center and School are empowered and have an incredible sense of self-pride in being girls and boys and men and women with disabilities. They have the same aspirations as their peers and deserve the same fairness, equality and independence. They want political leaders who have character and respect them as individuals. Trump’s narrow thinking single-handedly has helped to perpetuate the notion that people with disabilities are less capable of meaningful work, that there’s some negative connection between having a disability and one’s ability to make societal contributions to our nation. This is certainly not what Viscardi exemplifies and not what we, as individuals with disabilities, will tolerate from any candidate, employer or fellow American.

Perhaps Mr. Trump should get to know and better understand the people he seeks to serve… the future voters and leaders of this country – many of whom have a disability.  While my first response to his “performance” was anger, my more studied response is to conclude Mr. Trump is unquestionably unqualified to be President of the United States. No President of mine should ever be elected while demonstrating such ignorance, disrespect, arrogance and superiority toward a fellow citizen.

I hope others will join me when it comes time to exercise their right to vote next fall, no matter who the candidate, no matter what the public office to be held. Because if we don’t elect leaders who believe in an inclusive society and have the vision and passion to foster a country where everyone is valued and can succeed, the oops will be on us.