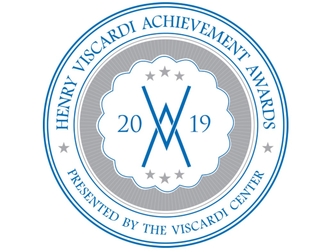 The Viscardi Center has opened a call for nominations for the 2019 Henry Viscardi Achievement Awards, an international award series honoring extraordinary men and women with disabilities. The Henry Viscardi Achievements Awards commemorate the vision of The Viscardi Center’s founder, Dr. Henry Viscardi, Jr., who himself wore prosthetic legs. A premier disability advocate, Dr. Viscardi served as a disability advisor to eight U.S. presidents and implemented groundbreaking employment and education programs that continue to improve the quality of life for people with disabilities.

Launched in 2013, the Awards are bestowed upon leaders in the global disability community who carry on Dr. Viscardi’s legacy through their professional accomplishments and advocacy efforts. Individuals of any age, with any type of disability, are eligible. Past recipients include men and women from around the world with diverse and distinguished backgrounds in academia, health care, sports, entertainment, government, law, non-profit, and corporate sectors. Click here to read about the 2018 Award recipients.

“Each of the nearly 60 award recipients to date have been catalysts for change,” said John D. Kemp, President and CEO of The Viscardi Center. “We are honored to provide a forum for their life’s work to be showcased and a means of connecting individuals from around the world, so that they can collaborate together in ways to magnify their impact.”

The deadline for nomination submissions is September 16, 2019. To submit a nomination or learn more about the selection process, please visit: https://www.viscardicenter.org/about/hvaa/

About The Viscardi Center
Founded by Dr. Henry Viscardi, Jr., who served as disability advisor to eight U.S. Presidents and became one of the world’s leading advocates, The Viscardi Center educates, employs and empowers people with disabilities. It provides Kindergarten through High School education (up to age 21), school-to-work youth transition services, vocational training, career counseling and employment placement, assistive technology, and adapted driver education to children, adolescents, and adults with a wide variety of disabilities. The Center also assists businesses in diversifying their workforces, as well as developing and advancing disability inclusive cultures in their workplaces.