Tony Award-nominated actress Jenn Colella will take the stage at The Viscardi Center’s annual Reach for a Star Luncheon. 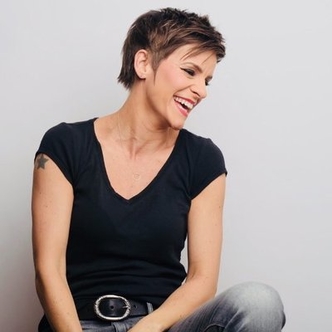 Jenn Colella, lead in the hit Broadway musical Come from Away, is slated to perform a selection of songs at the Reach for a Star Luncheon — an annual spring fundraiser that benefits extracurricular and after-school activities for children with severe physical disabilities from the Henry Viscardi School at The Viscardi Center — at the Crest Hollow Country Club on Tuesday, April 9. Tony Award-nominated Colella has appeared in several big-name productions over the years, including High Fidelity, Urban Cowboy, Chaplin, and If/Then.

Based in Albertson, New York, the Henry Viscardi School provides an alternative education option for children and young adults who often require special transportation and life-sustaining medical care throughout the day. The school provides a fully-enriched academic program, a variety of therapies, assistive technology, and medical supports for students who would otherwise need to receive instruction in their homes or at a hospital.

For many students at the Henry Viscardi School, opportunities for socializing outside of the classroom are limited. The Reach for a Star Luncheon raises vital funds for clubs, adapted sports, and recreational overnights that afford young students the means to safely spend time with friends outside of school, explore interests, and learn new skills. The event itself also gives student attendees the rare opportunity to share the stage with a professional entertainer and experience the excitement of live Broadway music.