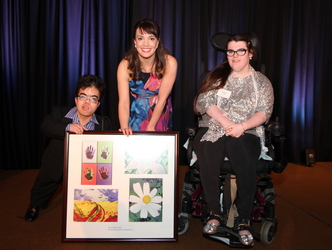 Students from Henry Viscardi School present Kara Lindsay with a montage of original artwork created by their classmates.

Albertson, NY — Broadway came to Long Island for a musical afternoon in benefit of the Reach for a Star Luncheon, which raised close to $221,000 for vital afterschool programs and extracurricular activities for students with severe physical disabilities at the Henry Viscardi School (HVS) at The Viscardi Center.

Special guest Kara Lindsay, famous for her roles in Newsies, WICKED, and Beautiful: The Carole King Musical, performed a set of show tunes for a crowd of 450 attendees at Crest Hollow Country Club in Woodbury on April 10. At the close of her set, Lindsay sang “Tomorrow” from Annie with several second graders from Viscardi.

Students at the Henry Viscardi School often require life-sustaining medical supports throughout the day and need accessible transportation to get to and from school, leaving few options for socialization outside the classroom. The Reach for a Star Luncheon was established to raise support and awareness for programs like adapted sports, the arts, and recreational overnights — enriching experiences that afford students with disabilities the opportunity to explore interests, enjoy a sense of independence, and spend time with friends.

Funds raised at previous Luncheons have enabled Viscardi to double its Friday Night Recreation sessions each month. Keynote speaker Rachel Gross, who graduated from the Henry Viscardi School in 2014 and now studies at Hofstra University, spoke about how the program broadened her horizons as a student. 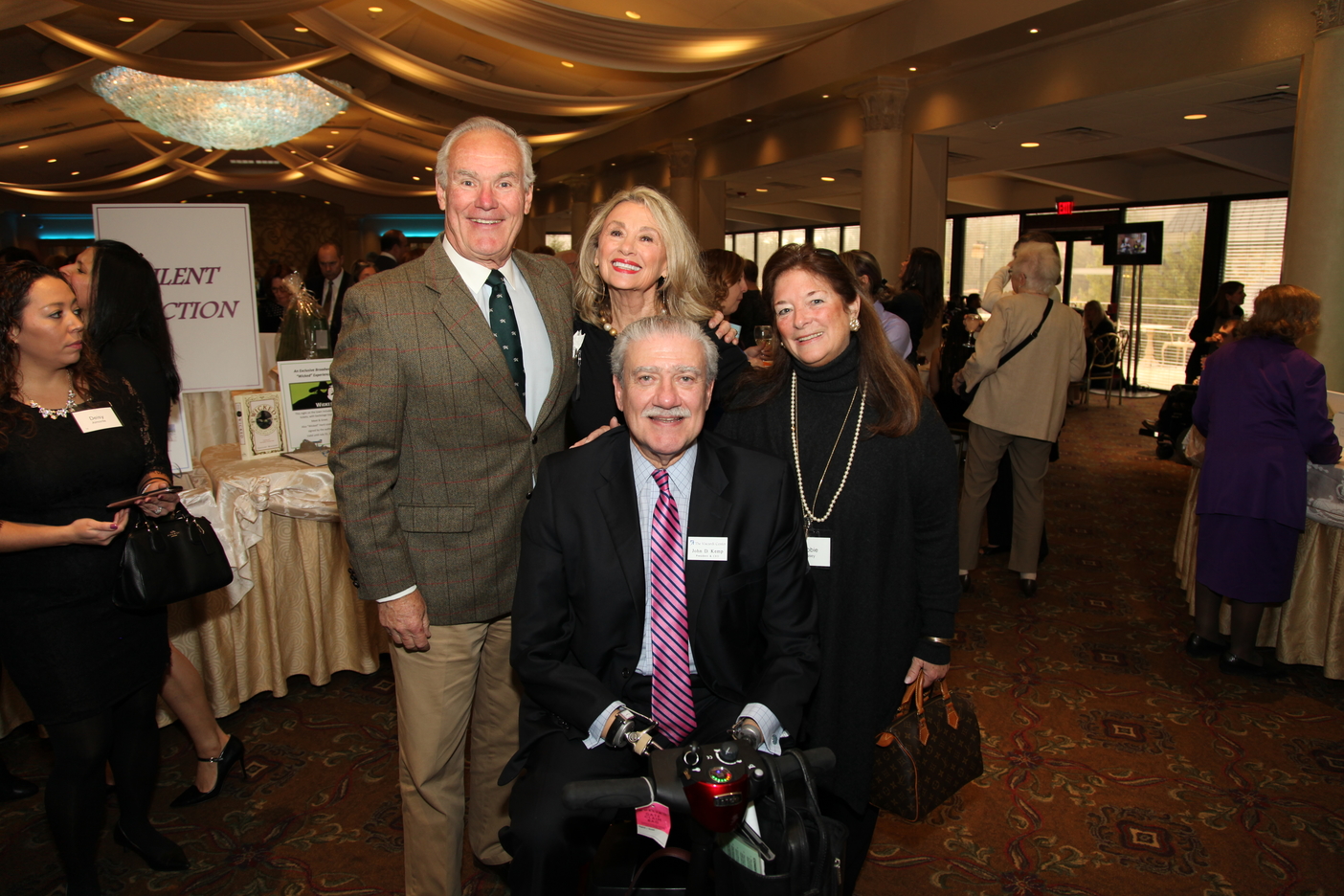 Viscardi President & CEO, John D. Kemp and his wife, Sam – a member of the Reach for a Star Luncheon Committee, with Bob and Deb Hussey during the event’s cocktail reception.

“The program is so important to the students at Viscardi because we all live so far away from each other, and since distance and transportation options are limiting, we would otherwise rarely ever get to see our friends outside of school,” Gross said.

On a broader scale, The Viscardi Center this year continues its mission to empower students like Gross. John D. Kemp, President and CEO at The Viscardi Center, addressed attendees about upcoming initiatives designed to prepare students for independence. Highlights include the Bridge Program, which will serve adults who wish to continue their education and stay connected to the community after aging out of school, as well as efforts to expand academic overnights offered at Viscardi’s on-campus Independent Living House, “so [students] can go to bed on a school night, get up on Friday morning, get themselves ready, and get across the street with their homework.”