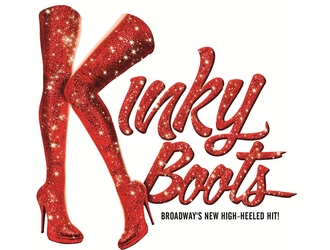 The “Angels of Kinky Boots” from Broadway’s Kinky Boots musical production by Cyndi Lauper and Harvey Fierstein, and winner of 6 Tony Awards®, including Best Musical and recent GRAMMY® Award winner for Best Musical Theater Album, will be entertaining guests at the 32nd Annual Reach for a Star Luncheon benefiting the Henry Viscardi School at The Viscardi Center. The Luncheon will be held on March 25, 2014 at Crest Hollow Country Club.

The Henry Viscardi School serves children (Pre-K through age 21) with severe physical disabilities who often require life-sustaining medical treatment throughout the day. Its specialized, accessible educational setting provides a fully-enriched academic program, a variety of therapies, assistive technology and medical supports to students who may otherwise need to receive instruction in their homes or a hospital.

Proceeds from the Reach for a Star Luncheon support after-school activities, clubs, adapted sports, recreation and weekend overnights that give Viscardi students the opportunity to hang out with their friends – just like other kids.

“Socialization is an important part of anyone’s childhood. Thanks to the proceeds raised at the Reach for a Star Luncheon, the children at the Henry Viscardi School can participate in a wide variety of activities with their friends after school,” said John D. Kemp, President and CEO of The Viscardi Center.

At the event, a cocktail hour with international auction/grand prize raffles and a silent auction is followed by a sit-down lunch. The “Angels of Kinky Boots” will perform hits from the musical as well as other songs, including a number with students from the School.

About The Viscardi Center: Founded by Dr. Henry Viscardi, Jr., who served as disability advisor to eight U.S. presidents and became one of the world’s leading advocates, The Viscardi Center educates, employs and empowers children and adults with disabilities. It provides Pre-K through High School education, school-to-work transition services, vocational training, career counseling and placement, assistive technology and workforce diversification assistance to children, adolescents and adults with disabilities, and businesses.