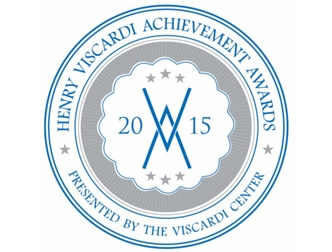 The Viscardi Center, a network of non-profit organizations providing a lifespan of services that educate, employ and empower people with disabilities, announced nine 2015 Henry Viscardi Achievement Awards recipients at an event in New York City. The international Awards recognize exemplary leaders within the disability community and their extraordinary societal contributions, while remembering the spirit and legacy of the Center’s founder, Dr. Henry Viscardi, Jr., who himself wore prosthetic legs. As one of the world’s leading advocates for people with disabilities, Dr. Viscardi served as a disability advisor to eight U.S. Presidents, from Franklin D. Roosevelt to Jimmy Carter. View this video from the 2015 Henry Viscardi Achievement Award ceremony. View photos from the Awards ceremony.

“Every day people with disabilities are leaving their footmark in communities all over the world, and their work often transcends the geographical boundaries of where they live,” said John D. Kemp, President and CEO of The Viscardi Center. “This year’s Award recipients are a dedicated, diverse and trend-setting group that reminds us all that our work can be far-reaching and does make a meaningful difference in the lives of others.”

Jim Gibbons
As a person who is blind, Mr. Gibbons understands the challenges people with disabilities face, particularly with achieving their employment dreams. His professional career has been devoted to increasing employment opportunities for people with disabilities at all levels. As President and CEO of Goodwill Industries International, Mr. Gibbons has made diversity and inclusion a key cultural attribute to the organization. Over 27,000 people with disabilities are employed by Goodwill as CEOs, managers, processors and other roles. Mr. Gibbons has actively supported policy changes to increase employment-first initiatives and supported employment programs. At the National Industries for the Blind, Mr. Gibbons led the country’s largest and most successful socioeconomic and employment program for people who are blind. He also developed the highly effective Business Leaders Program, the first executive training program for people who are blind, which prepares them for executive jobs and leadership development.

Mark Johnson
While the Director of Advocacy at the Shepherd Center, Mr. Johnson helped galvanize the nation to celebrate the 25th anniversary of the passage of the Americans with Disabilities Act this past year. As Chair of The ADA Legacy Project (TALP), he has focused on preserving the past of the disability rights movement; celebrating its present milestones; and educating future generations on disability rights. By securing a grant, Mr. Johnson led a nationwide effort to bring awareness to ADA25. This effort was the springboard for the curation of numerous permanent and temporary exhibits, an ADA25 commemorative publication, hundreds of grassroots events around the U.S., and The ADA Legacy Tour featuring the “Road to Freedom” bus which logged over 23,000 miles and more than 115 stops in 33 states from July 2014 to July 2015. Under his leadership, TALP continues to educate, engage the next generation of disability rights advocates and change social attitudes about people with disabilities.

David Krupa
As a prosthetist and the Founder and CEO of the Range of Motion Project (ROMP), Mr. Krupa has provided custom-made prosthetic and orthotic devices to 5,394 of the western hemisphere’s most vulnerable individuals through a three-tiered delivery model emphasizing high quality clinical care; local investment; and advocacy. The majority of children and adults served need to return to work, care for young children, and support their families through physical labor. Through his volunteer commitment to ROMP, he is directly responsible for this replicable and scalable healthcare delivery system now serving amputees in Guatemala, Ecuador, Mexico and the U.S. An amputee himself, Mr. Krupa believes mobility can be critical in an individual’s pursuit of life’s many aspirations – family, community, work, active play and adventure. This fuels his continued drive to expand his impact on the healthcare of under-served populations.

Ed Lucas
Since sustaining an injury in a sandlot baseball game that cost him his sight, Mr. Lucas has been a true pioneer. He was the first graduate of the Seton Hall journalism program, and the first professional sports broadcaster and journalist, with a disability. He earned the respect of his interview subjects and fellow reporters by taking a different approach, often focused on describing things that sighted people take for granted. On a personal front, he became the first person with a disability to win full-time custody of his children in a landmark court case still sited around the country. Mr. Lucas is also the co-author of the best-seller, Seeing Home: The Ed Lucas Story. The Ed Lucas Foundation was established as a way to give an assist to others who are blind and/or disabled so that they may pursue their dreams and independence, just as he was helped when beginning his journey.

Lonnie C. Moore
Mr. Moore is a United States Army Veteran and Program Analyst at the Career and Education Readiness Branch for the U.S. Army Warrior Transition Command. Having lost his right leg in combat in Iraq, Mr. Moore has an unwavering commitment to making a lasting impact on people and veterans with disabilities. He has conducted peer visitations to hundreds of service and civilian amputees, trained and certified hundreds as amputee peer mentors, guided Career and Education Readiness programs, and has been involved with numerous efforts to assist individuals in regaining their self-purpose and esteem. The multiple services he has created and implemented have provided a road map for over 60,000 wounded soldiers to transition from the military to employment and meaningful civilian life. He also helped found the widely recognized “Wounded Warrior Project.” Moore’s work and advocacy continues to help wounded veterans and people with disabilities around the country.

Winfred G. Mugure
Ms. Mugure, who has tetraplegia, has made it her mission to empower people with disabilities in Kenya. She is conducting research at the University of Nairobi to assess the effects of psycho-social adjustment, economic independence and personal development of spinal cord injury survivors and their reintegration into schools and gainful employment. The goal of the study is to influence review of disability policies at the national level. Through counseling, therapy, and sourcing of orthoses and mobility devices, Ms. Mugure is also helping to enhance these individuals’ independence and accessibility to learning institutions and places of work.

Toby Olson
The Executive Secretary to the Governor’s Committee on Disability Issues and Employment for the State of Washington, Mr. Olson has written, co-authored, and secured passage and enactment of more than 40 state laws expanding the rights and opportunities for people with disabilities in such areas as employment, civil rights, education, housing, transportation and healthcare. He has been instrumental in crafting hundreds of policy proposals and initiatives and obtained critical grant funding for programs to increase individuals’ knowledge of rights and to foster advocacy skills. Mr. Olson has also chaired and sat on numerous national Councils and Committees. He continues to encourage public dialogue that actively challenges the preconceptions and stereotypes about people with disabilities in an effort to evoke change.

Marilyn E. Saviola
Leading by example, Ms. Saviola has helped countless people with disabilities to advocate for themselves. Her own self-advocacy began at a young age when she contracted polio. Residing in a hospital, her first efforts were to persuade its administration to provide the services she, and a group of young people with disabilities, needed to go out into the community and attend college. After fighting to attend college and earning a master’s degree in rehabilitation counseling, Ms. Saviola went on to direct a premier independent living center and advocated for accessible healthcare and the home care assistance people with disabilities need to maintain their independence. Since 2008, she has been a powerful voice for ensuring preventative health services for women and created a replicable model so health professionals are properly trained and people with disabilities can receive quality medical care. Ms. Saviola co-authored a report which sparked the New York City Council to allocate public funds to make women’s health care facilities more accessible and offer more competent care.

Mark Wafer
Mr. Wafer is the President of Megleen and owner of six Tim Hortons restaurants in Toronto, Canada. For more than 20 years, he has employed people with disabilities in meaningful, competitively paid positions. Born deaf, Mr. Wafer speaks publically, from firsthand experience, about the economic and business case advantages of an inclusive workforce on local, national and international stages. A peer to peer initiative he created, resulted in the employment of more than 1,000 disabled individuals in six years. Recognizing the true worth of having a job and bringing home a paycheck, Mr. Wafer devotes his time to working with corporations, service sector employees and governments to change the attitude and mindset of society towards people with disabilities so they, too, can contribute to our communities and live a full life.

About The Viscardi Center: Founded by Dr. Henry Viscardi, Jr., who served as disability advisor to eight U.S. Presidents and became one of the world’s leading advocates, The Viscardi Center educates, employs and empowers people with disabilities. It provides Pre-K through High School education (age 3 to 21), school-to-work youth transition services, vocational training, career counseling and employment placement, assistive technology, and adapted driver education to children, adolescents and adults with a wide variety of disabilities. The Viscardi Center also assists businesses in diversifying their workforces and developing and advancing disability inclusive cultures in their workplaces.
# # #